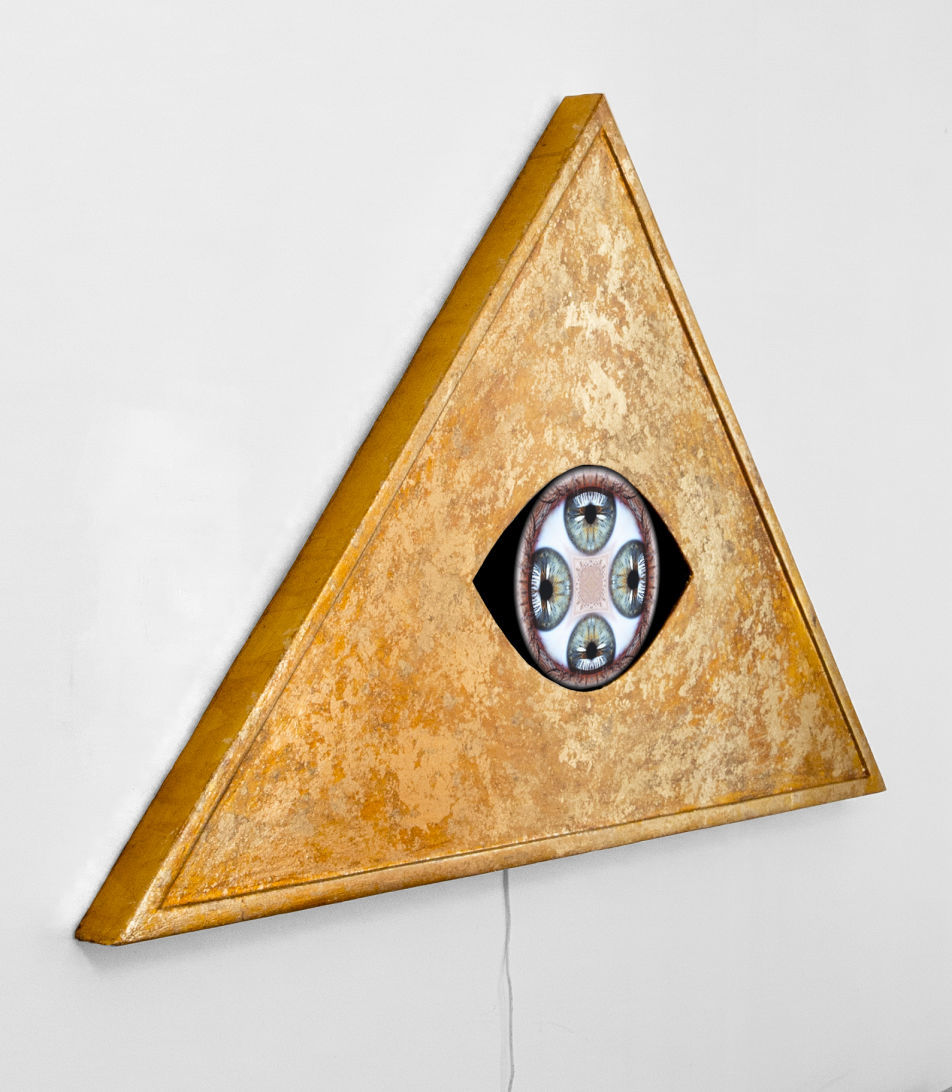 The artwork of Szendrő (created as a PhD in Practice student at the University of Pécs under the supervision of Péter Lengyel PhD and Bálint Veres PhD) depicts the mixture of Eastern and Western ritual traditions and draws attention to their common sacred root, and by doing so contrasts and unifies the different religious reality (and beyond reality) experience. The title of the artwork refers to the so-called 'akheiropoietos' icon type: according to Christian tradition, the Image of Edessa was a holy relic consisting of a square or rectangle of cloth upon which a miraculous image of the face of Jesus had been imprinted—the first icon ("image"). In the Orthodox Churches, including English-speaking Orthodoxy, the image is generally known as the Mandylion. 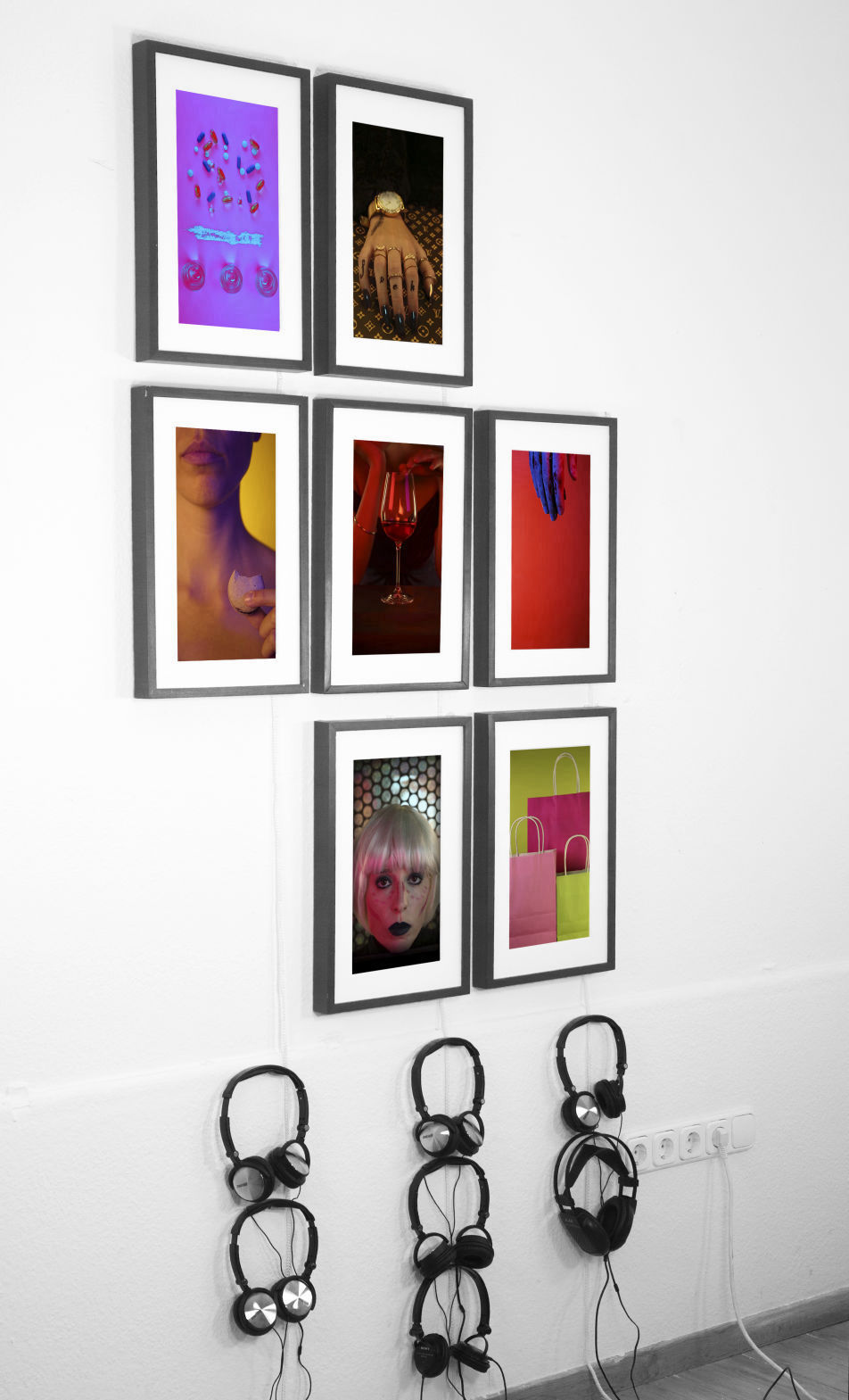 The video series reinterpret the Seven Deadly Sins made by Catholic culture in the context of the 21st century’s virtual society. The ASMR videos are artificially generated brain stimulations shared on online platforms, followed by millions. These affect the pleasure center of our brain with visual and audio stimuli that trigger the same processes in our brain as the experience of the Seven Sins. I use this ASMR video style (mukbang, haul, slime, makeup etc.) to reinterpret each Sin. 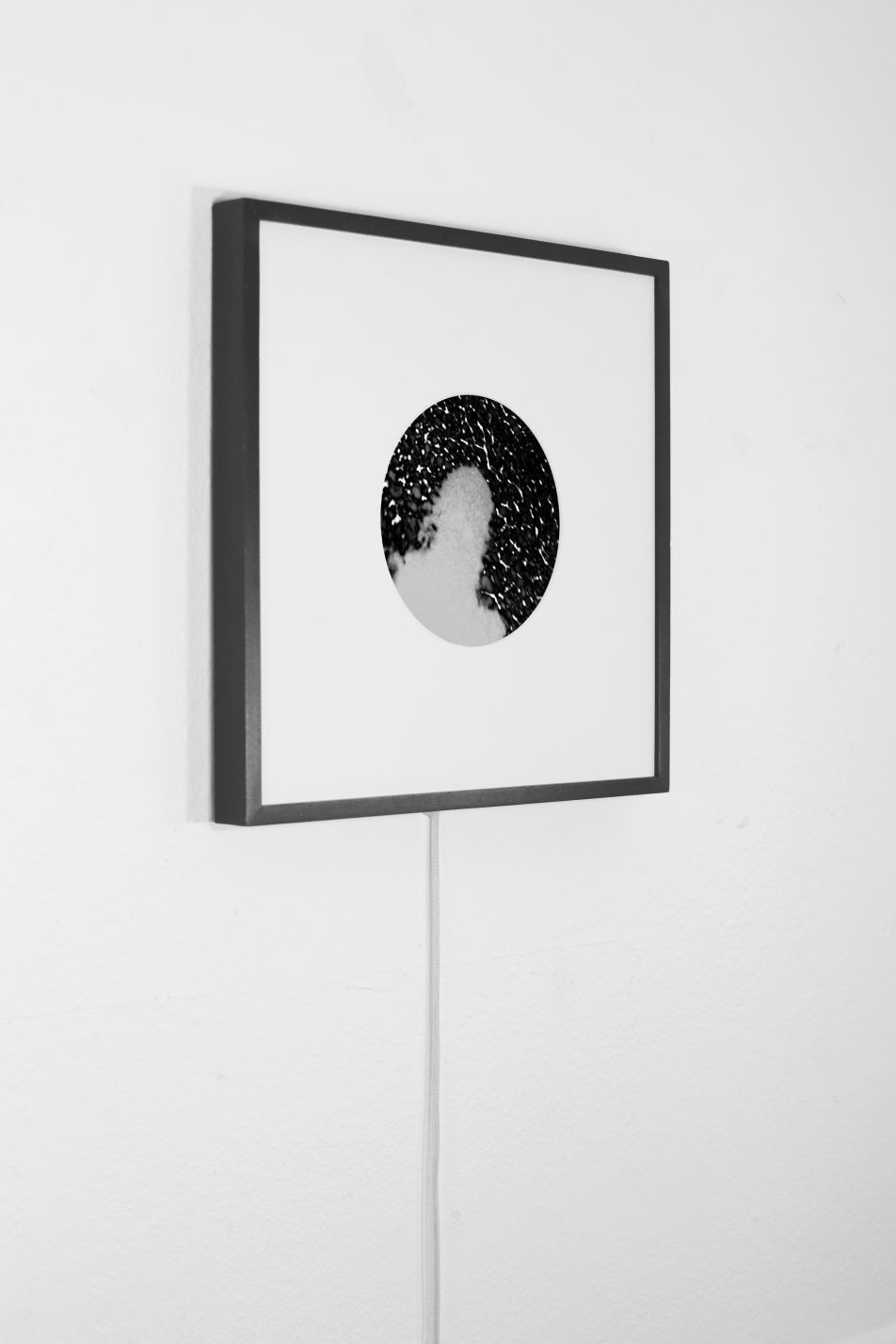 I plunge into a dark space. My body is drifted by the streams. I am groping in the dark. This is how we are ’swimming’ through our life without knowing where we are coming from and where we are going to. 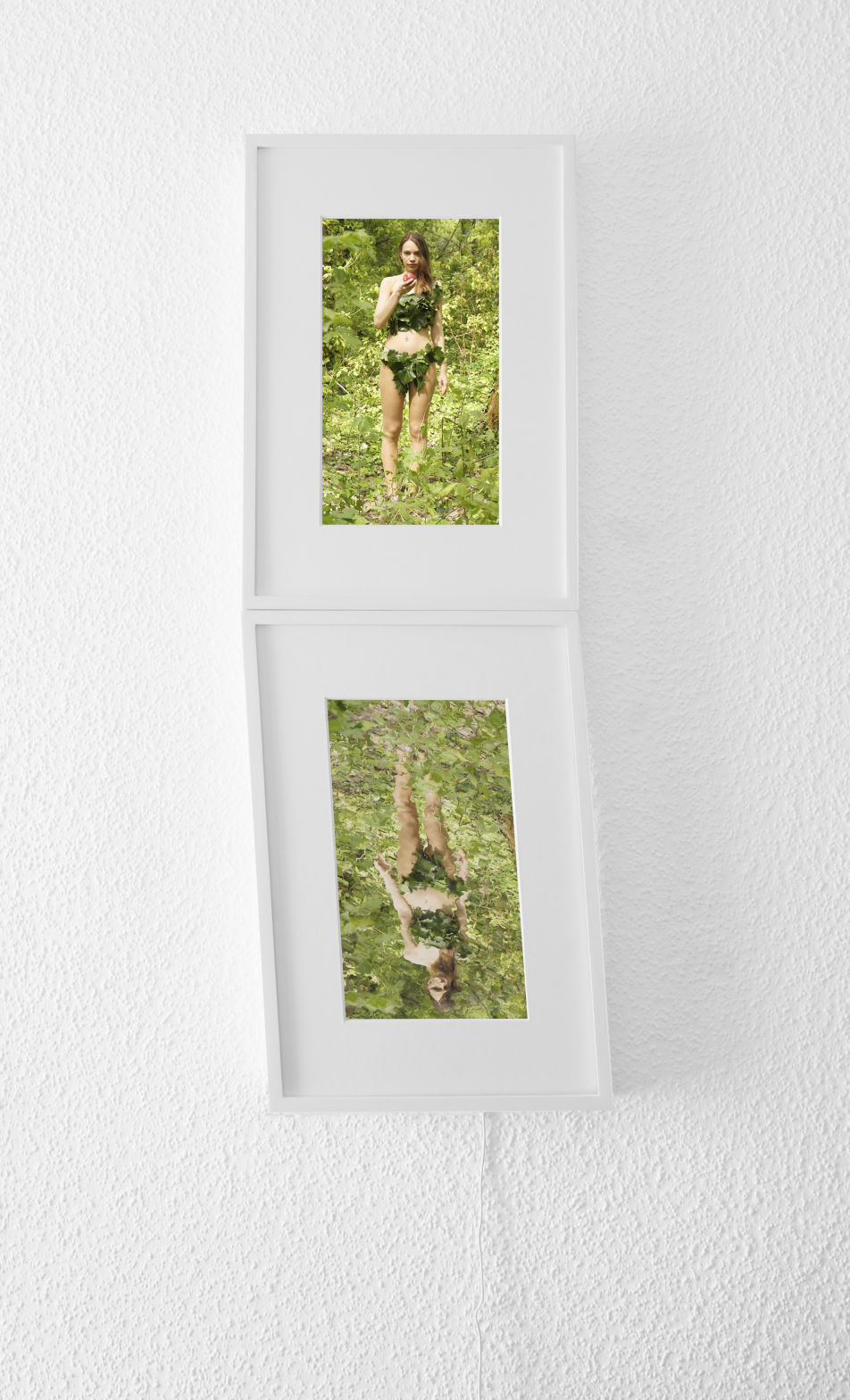 THE ORIGIN OF ART

In my video, in which I search for where art stems from, I depicts the story of Eve when she is committing the Original Sin. This biblical act symbolizes the cognitive evolution of the human brain that made our ancestors able to create abstract representative ideas. This is the source of language and art. But this cognitive 'Big Bang' is also a burden causing general anxiety. 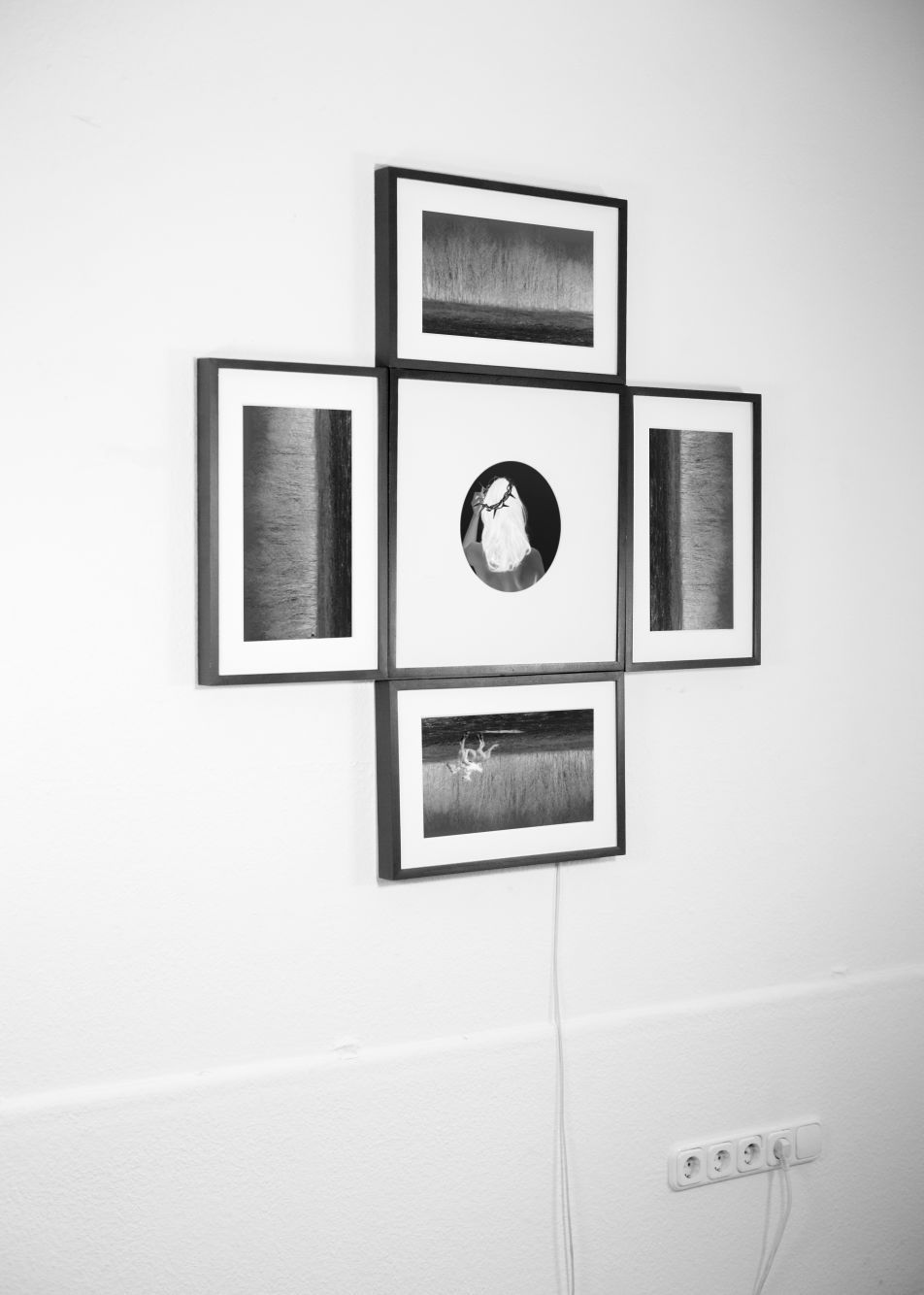 AT THE END OF THE BEGINNING'S END

In my work, I am dealing with apocalyptic symbols. The original meaning of the word 'apocalypse' is to reveal. The Book of Revelation contains symbols that refer to the continuous change of historical periods and predicts a new era when people's connection to religion changes and the phenomenon of sacred becomes virtualized and separated from various religious systems. 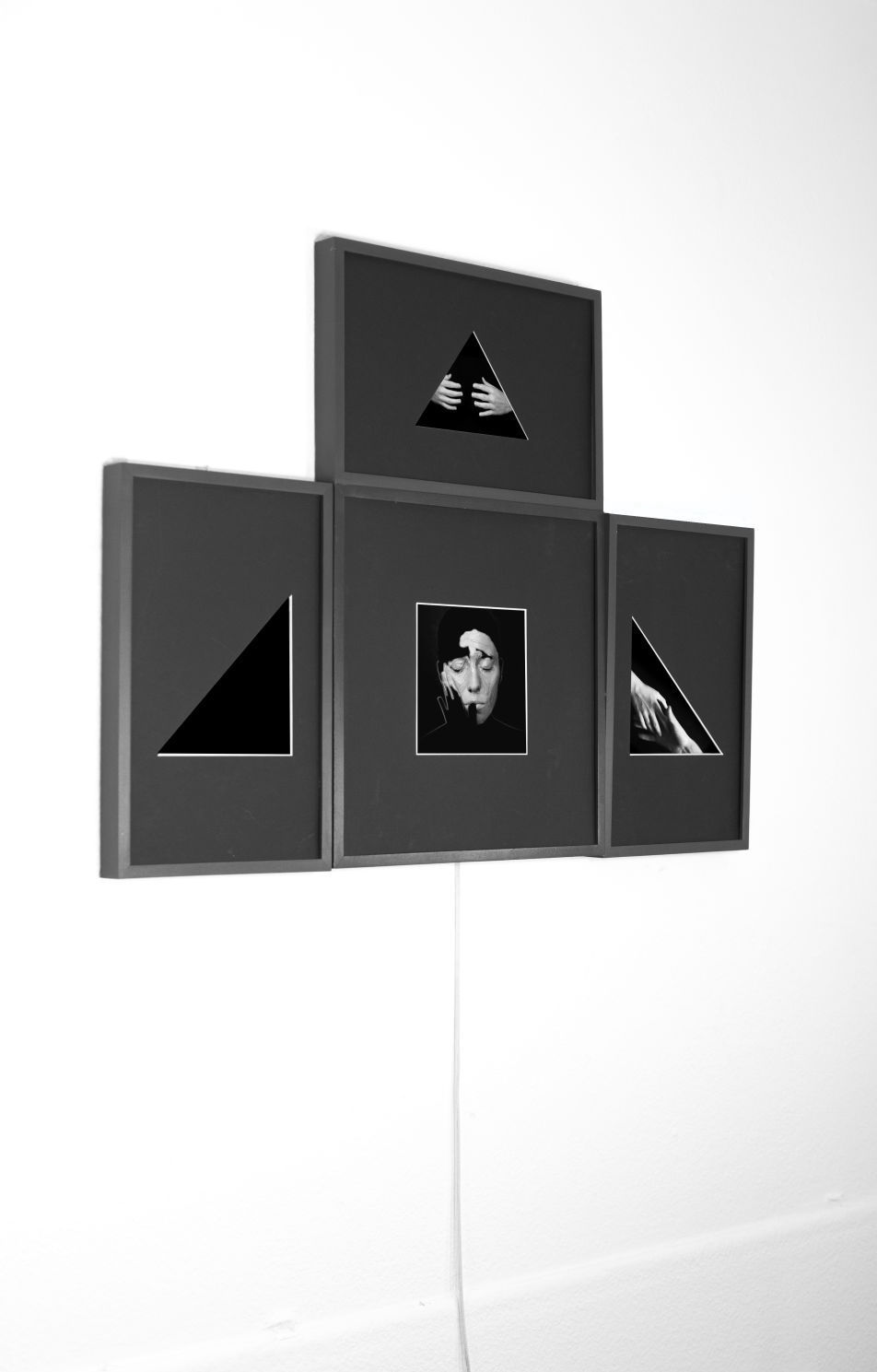 Initiation was a sacred ritual in human tribes in order to train young adults to become full member of the group. In our current culture each individual should build their own role in the society by releasing and gaining new social connections. This is how we create our social mask that represents our function in the community. 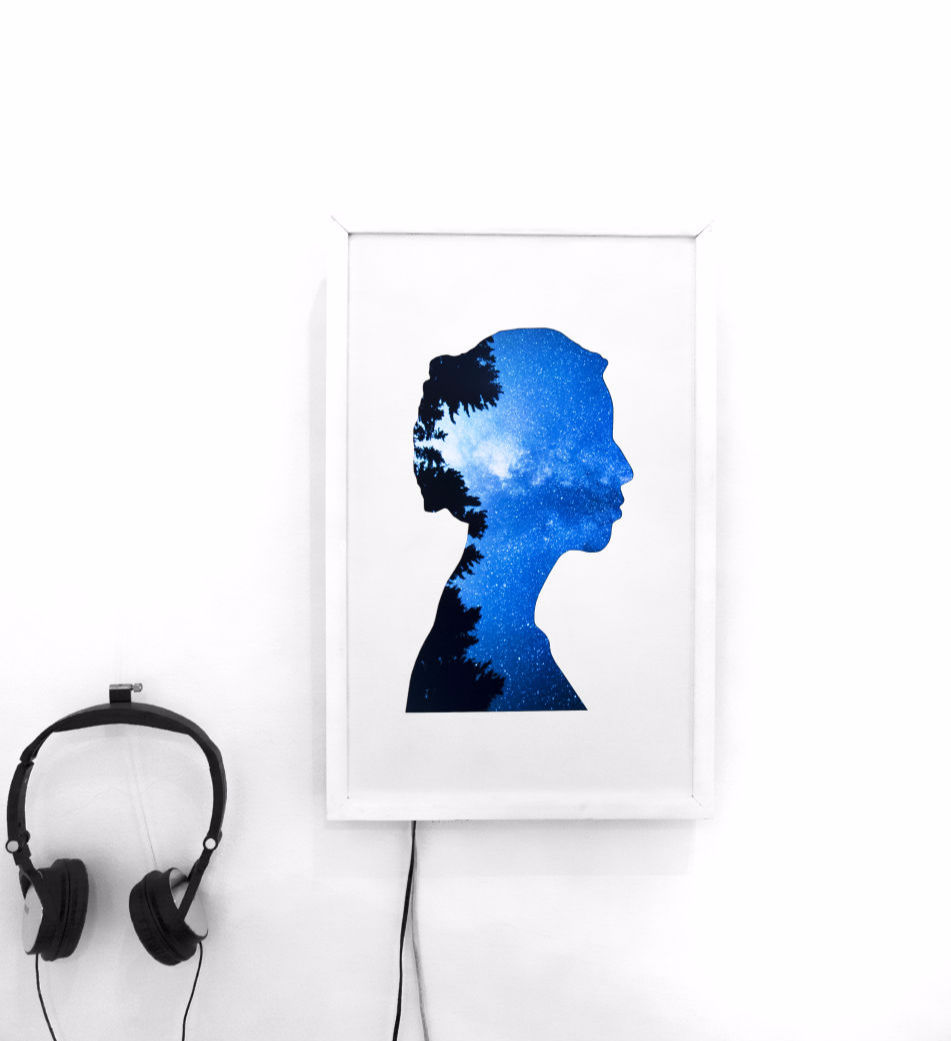 My work is a prayer that is irrespective of cultures and religions. I created a poem that can be a general prayer for the human of the 21st century. I examined the sources of religions and art and tried to integrate this knowledge into a short phanteistic poem that recall the ancient roots of religions.
“When the wind blows I’m gentle
When the rain falls I cry
When the storm comes I tremble
When the sun sets I die” 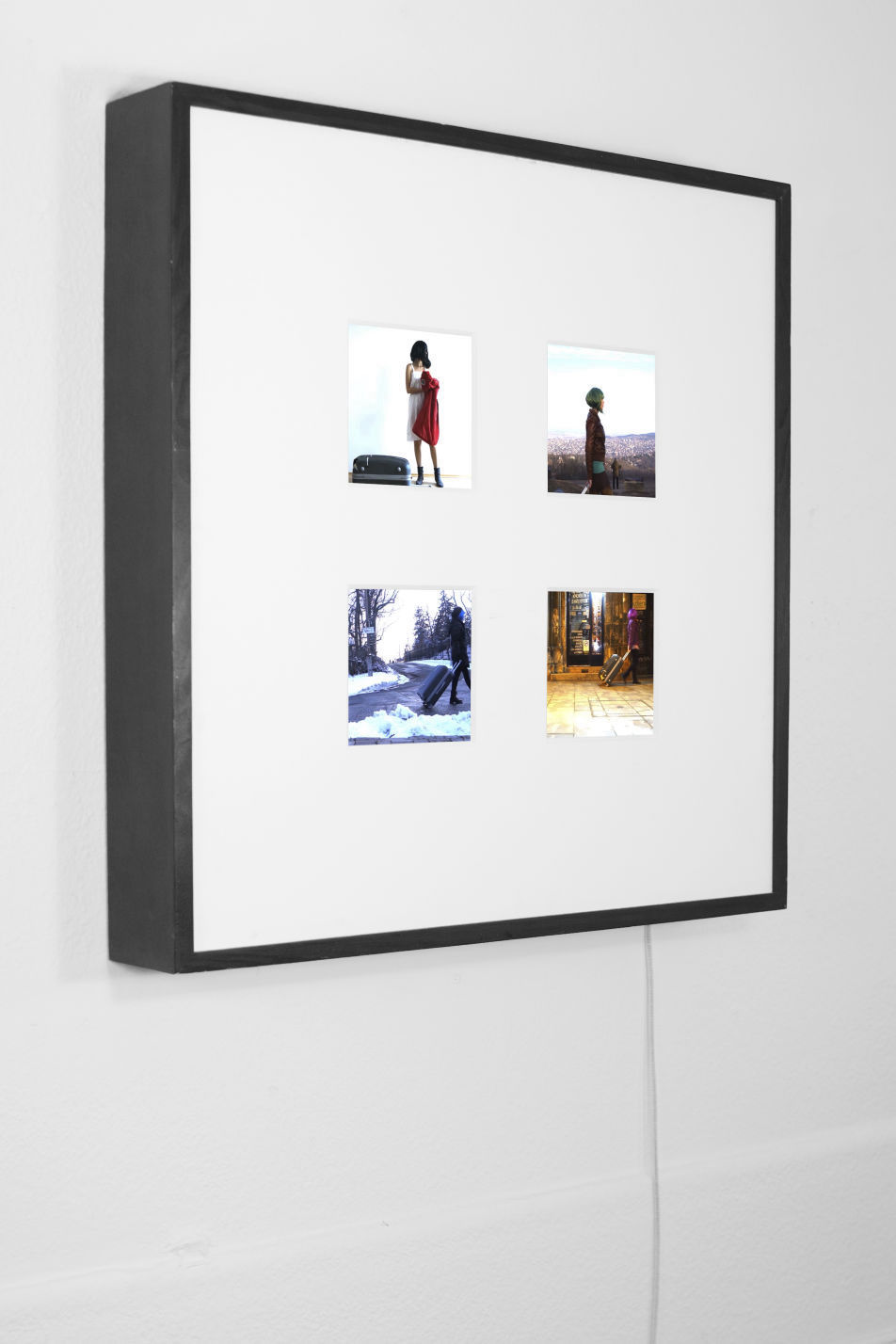 During my journeys everywhere in the world I am wondering why I'm going further. In the video I climb into my bag that I carry in the scenes. I am a burden for myself but I'm the only reason for my journey. No more, no less.